The tension is rising before the finals at Comic Con festival

After the third stage of "Baltic RC drift championship" - quite a few changes in the fight champions title. Tension is rising! Nobody is safe and the chempion will be decided after the finals, that will take place at Comic Con festival.

And now let's get back to the results of the third stage. The track was hard and that could be seen from the qualification results. The best result in AWD class was achieved by Karolis Bašinskas, who scored 79 points and was demonstrating stable runs (73, 78, 79). In RWD class, our colleague from Latvia, Martinš Zarinš, who scored 70 points (53, 63, 70).

After a tought battle and quite a few OMT's, Mindaugas Skirgaila from team RC Drift Kaunas took third place and jumped to third overall position in the tournament by scoring 78 points.
Karolis Bašinskas took the second place. He's the current leader of the championship and even an average result in Comic Con guaranties him a title.
The winner of this race in AWD class - Mažvydas Mikalauskas, who jumped to second spot in the tornament by scoring 100 points.

The fight in RWD was even toughter and the points awarded for this race gave way for even more chaos in the tournament table.
The third place and 78 points was secured by VilniusSliders team member Artūras Agadžanianas. This result gave a good push to his ranking in the tournament to 8-th spot.
Second - Latvian pilot from team Drift Animals - Andree Little, for whom this race was first this seasson (last year Andree and Martinš were dominating the top positions).
And the winner in RWD class - Povilas Žukovskis, whom took over the first spot in tournament from Martinš Zarinš and before the finals they are separated by only 29 points.
In forth place with 199 points Tomas Orentas took third place in overal standings and right behind him, with 183 points, his team member Rytis Mažylis.

So it's a chaos in RWD class. Neither first - second, nor third - forth positions are not clear and everything can change once more in the finals after less then a month, So we are waiting for You all on 15-th - 16-th of September,  at Litexpo exposition centre, where Comic Con 2018 festival will take place. 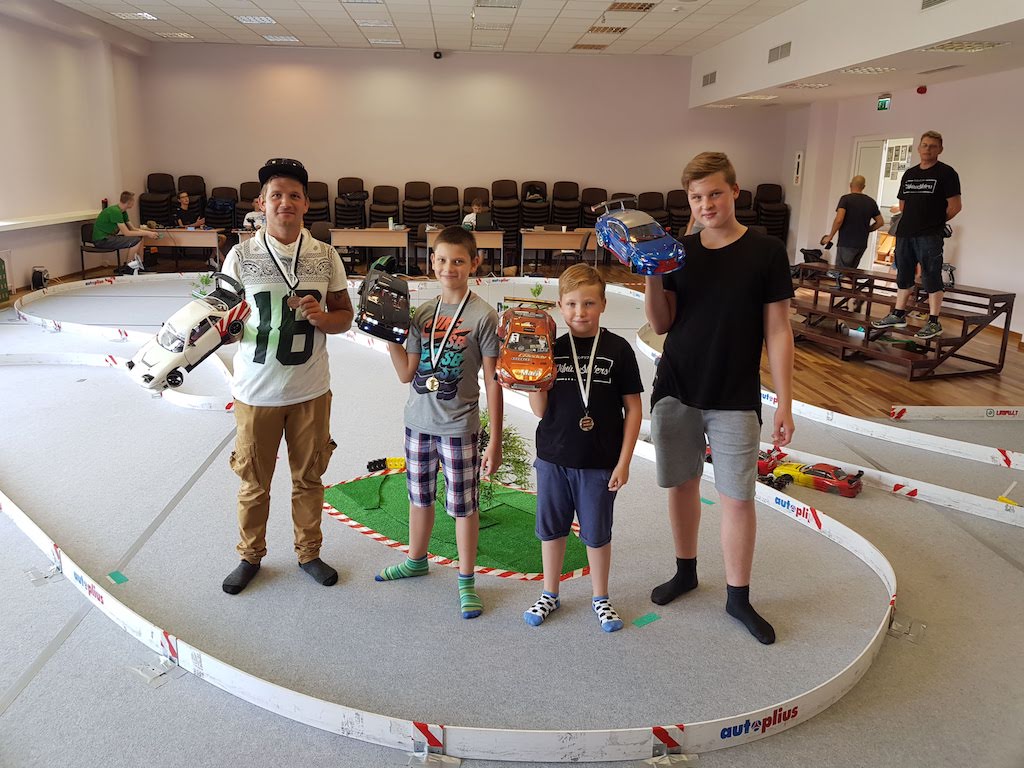 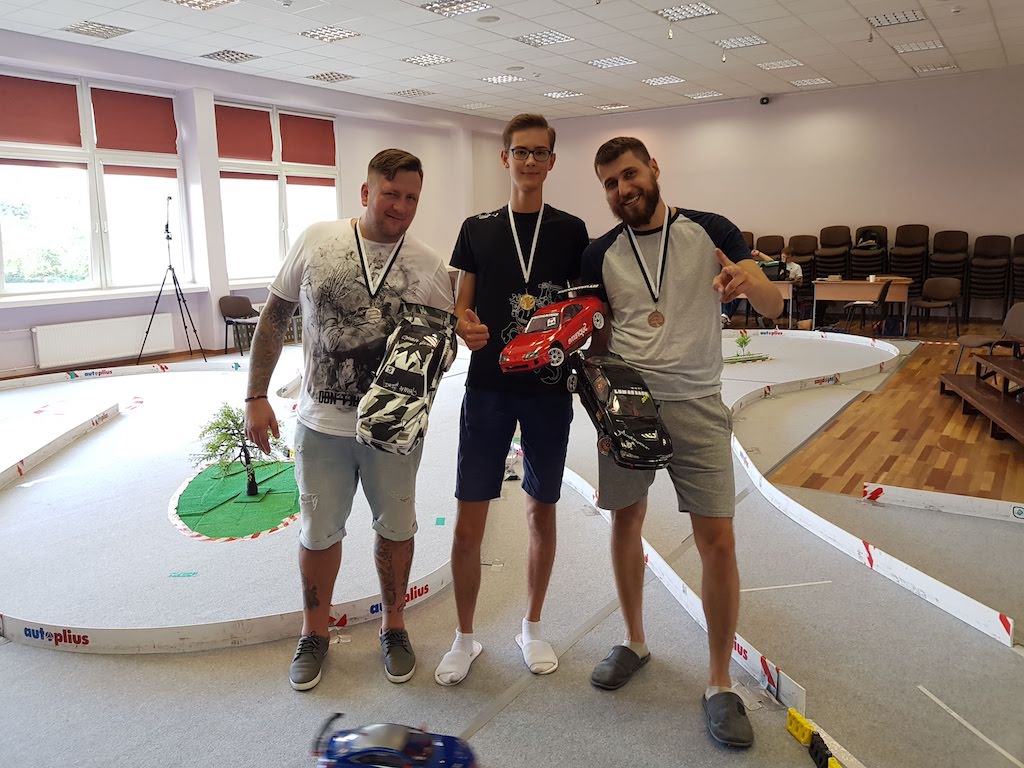 P.S. if You haven't seen, how competition track is born - here is a short video by us from the third stage this weekend ;) :